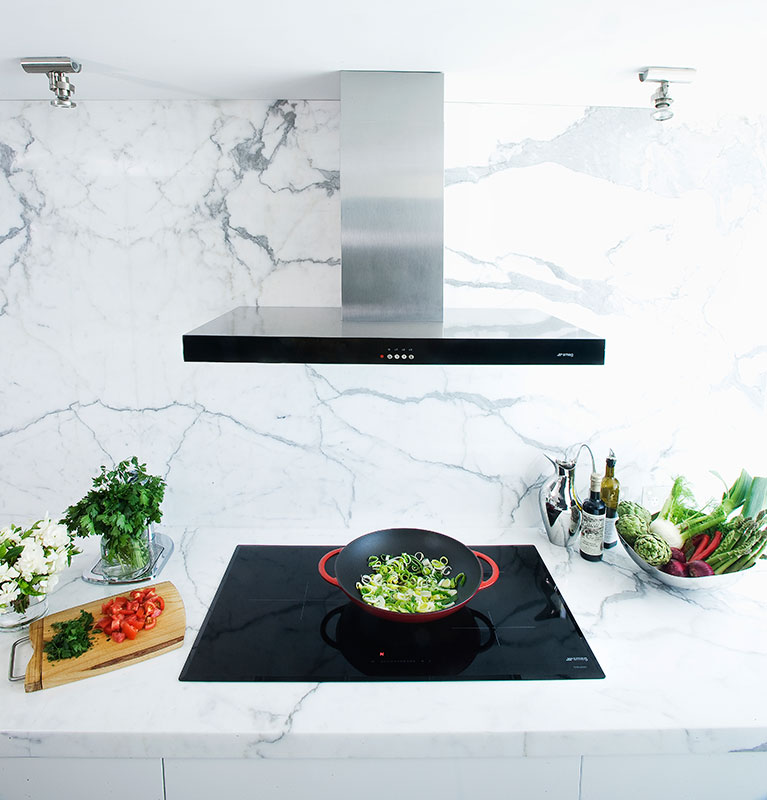 In an induction cooker, a coil of copper wire is placed underneath the cooking pot. An alternating electric current flows through the coil, which produces an oscillating magnetic field. This field induces an electric current in the pot. Current flowing in the metal pot produces resistive heating, which heats the food. While the current is large, it is produced by a low voltage.

An induction cooker is faster and more energy-efficient than a traditional electric cooking surface. It allows instant control of cooking energy similar to gas burners. Other cooking methods use flames or red-hot heating elements; induction heating only heats the pot. Because the surface of the cook top is only heated from contact with the vessel, the possibility of burn injury is significantly less than with other methods. The induction effect does not heat the air around the vessel, resulting in further energy efficiencies. Cooling air is blown through the electronics but emerges only a little warmer than ambient temperature.

The magnetic properties of a steel vessel concentrate the induced current in a thin layer near its surface, which makes the heating effect stronger. In non-magnetic materials like aluminium, the magnetic field penetrates too far, and the induced current encounters little resistance in the metal. Practical induction cookers are designed for ferromagnetic pots that will stick to a magnet. 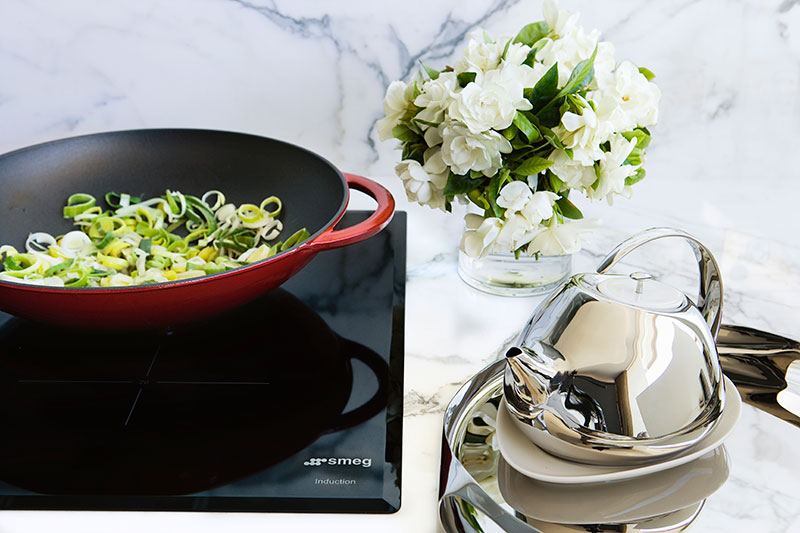